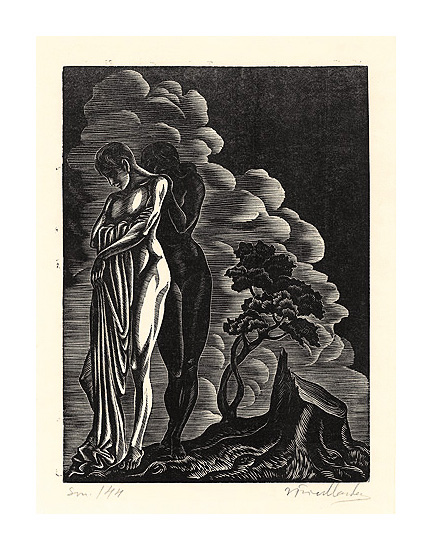 Early hints of the Dark Lady! This sonnet falls into the latter section of verses written to the Poet’s beloved Young Man. The poem’s full of chaos and a raft of competing images. But in the mix, if you look for it, you can find hints of a Dark Lady….

What potions have I drunk of Siren tears,
Distill’d from limbecks foul as hell within,
Applying fears to hopes and hopes to fears,
Still losing when I saw myself to win!
What wretched errors hath my heart committed,
Whilst it hath thought itself so blessed never!
How have mine eyes out of their spheres been fitted
In the distraction of this madding fever!
O benefit of ill! now I find true
That better is by evil still made better;
And ruin’d love, when it is built anew,
Grows fairer than at first, more strong, far greater.
So I return rebuked to my content
And gain by ill thrice more than I have spent.

This sonnet more or less continues an argument started in the previous sonnet: that is, the Poet has philandered with a woman, and now he’s sorry and begs forgiveness from the Young Man. With whom did he philander? There are hints it’s the Dark Lady:

‘Siren tears, distill’d from limbecks foul as hell within.’ Sirens are female (and this is rare instance in the Young Man sonnets where Shakespeare makes an explicit reference to gender) and a limbeck is a vessel used in distillation. An argument can be made that the Poet is likening the limbeck’s shape to the vessel of a vagina. Looking forward to the Dark Lady sonnets, there are references to her being as dark as hell as well as her foulness (from which the Poet eventually contracts venereal disease).

Specifically, Sonnet 144 of the Dark Lady poems brings together two lovers: an unnamed Angel and the Dark Lady (see bottom of this post). The images withing these two sonnets connect them, as well as the juxtaposition of ‘so blessed’ and ‘better angel’ against ‘siren tears…as foul as hell’ and ‘to hell my female evil.’

It’s misogynistic, ugly, yet compelling, confusing, exciting, provocative. I can forgive Shakespeare, he was Elizabethan, a product of his age. Yet, as an Elizabethan, he was quite daring for even writing these. There are very plausible reasons why Shakespeare never sought publication of these sonnets: their suggestive if not outrageous narratives of homoerotic and multiracial love affairs were so outside Elizabethan norms, it would’ve been risky for the financially successful Mister Shakespeare to publish them. (Instead, someone else stole them and published them. They were a hit.)

Here’s Sonnet 144 from the Dark Lady sequence. Read them both, and see what you think.

Two loves I have of comfort and despair,
Which like two spirits do suggest me still:
The better angel is a man right fair,
The worser spirit a woman colour’d ill.
To win me soon to hell, my female evil
Tempteth my better angel from my side,
And would corrupt my saint to be a devil,
Wooing his purity with her foul pride.
And whether that my angel be turn’d fiend
Suspect I may, but not directly tell;
But being both from me, both to each friend,
I guess one angel in another’s hell:
Yet this shall I ne’er know, but live in doubt,
Till my bad angel fire my good one out.

The image is of Isac Friedlander’s 1931 wood engraving entitled ‘Sonnet 144 Two Loves.’ Perhaps it can apply to both Sonnets 144 and 119.