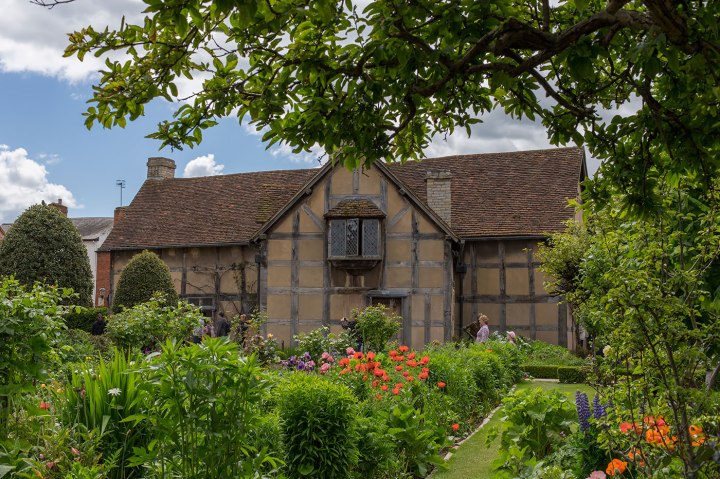 I spent the day today with my aged mother. Her growing infirmity, and the difficulty with which she confronts her daily tasks, had me ruminating on age, and the whole cycle of life. All this was happened under a shadow, for earlier this week a beautiful young soul I know of was cut down in her prime. Which is worse? They both have their evils.

This strange cycle of birth, growth, prime and the winding down toward death versus capricious strokes of accident or disease are all tragedies humans have had to struggle with since we first made fire. Shakespeare recognized it, of course, and in his day just as today, those that lived into old age (which was much earlier than it is today), had to struggle with that downward spiral. But of course, Shakespeare also know what it was like for the young to die; his own son Hamnet died at age eleven.

Interesting, and perhaps wise, that Shakespeare should choose one of his comedies, As You Like It, rather than a history or tragedy, to lay out the great cycle of human life in an eloquent monologue. It’s delivered by the melancholy cynic, Jaques:

All the world’s a stage,

And all the men and women merely players:

They have their exits and their entrances;

And one man in his time plays many parts,

His acts being seven ages. At first the infant,

Mewling and puking in the nurse’s arms.

And then the whining school-boy, with his satchel

Unwillingly to school. And then the lover,

Made to his mistress’ eyebrow. Then a soldier,

Full of strange oaths and bearded like the pard,

Jealous in honour, sudden and quick in quarrel,

Even in the cannon’s mouth. And then the justice,

In fair round belly with good capon lined,

With eyes severe and beard of formal cut,

And so he plays his part. The sixth age shifts

Into the lean and slipper’d pantaloon,

With spectacles on nose and pouch on side,

His youthful hose, well saved, a world too wide

For his shrunk shank; and his big manly voice,

And whistles in his sound. Last scene of all,

That ends this strange eventful history,

Is second childishness and mere oblivion,

George Bernard Shaw hated the Jacques character for his cynicism, and Oscar Wilde mocked this speech–‘All the world’s a stage, and the play is badly cast’–and there’s reason to believe the Elizabethans might’ve thought this monologue banal; the seven ages of man are borrowed from Aristotle.

I’m no Shaw or Wilde, and so I find the speech comforting. It tells me that what my mother’s suffering she isn’t suffering alone. As to the other tragedy this week–nothing can mitigate it. But so much of Shakespeare is so full of unjust death and bad luck, the beautiful and innocent–as well as the bad–being cut down in full-bloom. Live life while you may.

Yes, I love this monologue, for with each stage of life, it employs some vital characteristic, going beyond just a list: with image, sound and action it takes the audience through the journey of age: infants puke; school children whine but shine; young lovers sigh like furnaces; soldiers utter oaths, filled with jealously, sudden and quick; middle agers saw wisely; older middle agers shrink, their booming voice of youth raising into trebles; and last, oblivion.

Other writers mock it, or hate Jacques’ cynicism, or wonder why this speech doesn’t show up in Macbeth along with Macbeth’s own stage metaphor, but I love it where it is: a gentle reminder, gently placed, that the Elizabethans struggled with the same things we do. Shakespeare, time and again, endures.

The image is of Nash House in Stratford-upon-Avon. Right next to this Tudor building stands the foundation of New Place, now gone: the building where Shakespeare died.