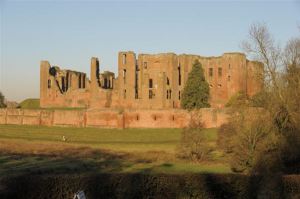 Only Poetry can defeat the ravages of Time. Shakespeare fervently asserts this in Sonnet 65, as he does so often in so much of his work.   Do you doubt him? You shouldn’t. The remains of the Elizabethan era, over four centuries gone, has left us only vestiges of its glory: London burned, obliterating most of its physical relics; every breathing soul dust in the Earth; its spoken language elusive–we’ll never know for certain how Elizabethan English really sounded; and we can only guess at what the stink of daily must’ve been. But the Poet’s love for his Young Man? Why, this sonnet is as brilliant and perfectly preserved as the day Shakespeare fixed its last iamb:

Since brass, nor stone, nor earth, nor boundless sea,
But sad mortality o’er-sways their power,
How with this rage shall beauty hold a plea,
Whose action is no stronger than a flower?
O, how shall summer’s honey breath hold out
Against the wreckful siege of battering days,
When rocks impregnable are not so stout,
Nor gates of steel so strong, but Time decays?
O fearful meditation! where, alack,
Shall Time’s best jewel from Time’s chest lie hid?
Or what strong hand can hold his swift foot back?
Or who his spoil of beauty can forbid?
O, none, unless this miracle have might,
That in black ink my love may still shine bright.

The intensity of the Poet’s emotions come through–through four hundred years. Simple black ink is able to capture and hold the despair Shakespeare felt against destroyer Time–how it ravages both love and life.

I wonder what Shakespeare might think if he knew that folks, four centuries later, were still reading his works. Would he be surprised?

The image comes from a photo of Kenilworth Castle, in ruins of course. This castle was owned by Robert Dudley, the great love of Queen Elizabeth, whom she was never able to marry.