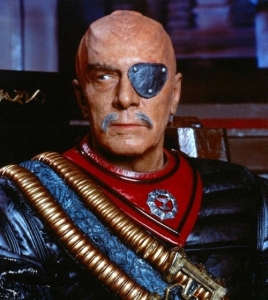 ‘You’ or ‘Thou’? Elizabethan language, for all its poetic beauty and metaphoric phrasing, can be a bit of a drag for us modern readers. One strangeness you may have noticed is the seeming interchangeability of ‘You’ and ‘Thou’. Sonnet 13 is an excellent example of one difference between them: You was often reserved for intimacy.

O, that you were yourself! but, love, you are
No longer yours than you yourself here live:
Against this coming end you should prepare,
And your sweet semblance to some other give.
So should that beauty which you hold in lease
Find no determination: then you were
Yourself again after yourself’s decease,
When your sweet issue your sweet form should bear.
Who lets so fair a house fall to decay,
Which husbandry in honour might uphold
Against the stormy gusts of winter’s day
And barren rage of death’s eternal cold?
O, none but unthrifts! Dear my love, you know
You had a father: let your son say so.

Here, Shakespeare uses ‘You’ almost as much as he uses the name ‘Will’ much, much later in the Dark Lady sonnets: repeated use, multiple meanings and as integral part of the rhythm of the verse.

The Elizabethan subtleties of ‘You’ and ‘Thou’ are difficult to grasp (I have trouble with it all the time). English was transitioning into true Modern English, and Thou would soon be making its way out. There were instances when ‘Thou’ was appropriate (certainly it was more formal–but there were instances in very intimate settings where Thou might be used–it could encompass an accusatory or sarcastic complexion). But ‘You’ was definitely more intimate, and certainly appropriate here: The Poet urges his Young Man to procreate so that his beauty might be preserved. The Poet reminds the Young Man of how much he enjoyed his father’s guidance–would not the Young Man enjoy giving that to his son?

Unfortunately, the Earl of Southampton (or–insert your historical Young Man of choice) was too vain and selfish a creature to really be convinced by this pretty lame argument.   However, despite its inability to close the sale, Sonnet 13’s imagery of ‘so fair a house fall to decay’ or ‘stormy gusts of winter’s day’ certainly convinces readers four centuries later of one thing: Shakespeare wrote beautiful verse.   And he knew the difference between ‘You’ and ‘Thou’–even if some of that nuance is now lost to us.

The image is of Admiral Chang, the only person from the future who still uses the word ‘Thou.’ He was a Shakespeare-quoting Klingon from Star Trek: The Undiscovered Country. As a side note, the Klingons claimed that Shakespeare was…a Klingon.